by Junsu Jang, Charlene Xia, and Jacob Bernstein
Appendix A: New Technology Deployments
·
This Pub is a Supplement to 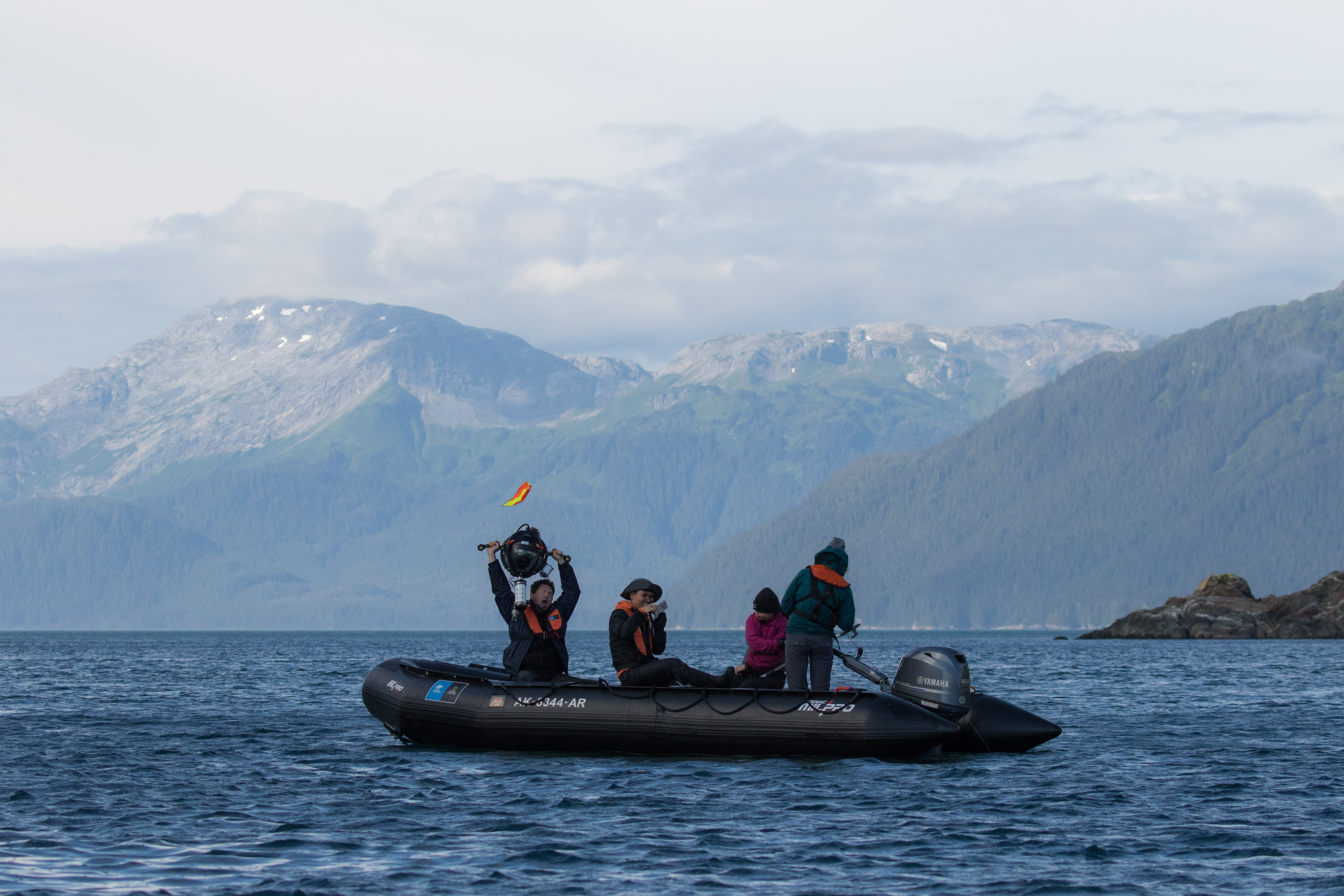 We are working on a new low-cost, high-precision and space-efficient conductivity, temperature, depth (CTD) sensor that would be mass-deployable. These sensors together can tell us about the physical properties such as salinity and density of the seawater. The goal of this project is to enable ubiquitous deployment of CTD on everything that touches the water, ranging from boats to floats to docks to scuba diving gears. We are aiming for roughly 3 decimal places of accuracy, which is sufficient for scientific value in the vast majority of ocean situations.

Four CTDs were brought to Alaska so that the system and relevant measurements could be taken. Another goal of this trip was to learn about what is required to mass-deploy modular sensors. When Deep Sea Camera Systems were deployed, available CTDs were strapped onto its side using multiple zip-ties. There were five deployments in total, and there was one time that I tried to deploy from a kayak. We discovered multiple failure modes and problems with our sensors.

We are developing a low-cost compact underwater eDNA sampler. Environmental DNA or eDNA is DNA that is collected from a variety of environments rather than directly sampled from an individual organism. The analysis of eDNA has great potential, not only for monitoring common species, but to genetically detect and identify other extant species that could influence conservation efforts. The eDNA project is a joint effort between MIT Future Ocean Lab, Woods Hole Oceanographic Institution Dana Yoerger's group and Annette Govndarajan's group.

The mission for day two was a full deployment and testing of two eDNA samplers. Two eDNA samplers have two slightly different sets of hardware. We aimed to test the performance of both eDNA samplers. James took us out on the Zodiac, helped and taught us how to make the proper knot to secure and deploy the two eDNA samplers. Both samplers were in the water for 10 minutes, maximum depth research is around 15m.

December 10 - All Together Now

Overall, this expedition has been a successful preliminary test deployment with both the eDNA sampler and the radiometer. We gained a lot of valuable experiences of deployment, device rigging, and field testing from this expedition. We now also have a clear path to the next iteration for both devices. Thank you, Lindblad-National Geographic Expeditions, for this amazing field test opportunity!

In December 2019, sailing with Lindblad Expeditions on the National Geographic Venture around California’s Channel Islands, we performed the first zodiac-based deployments of a radiometer developed by the Future Ocean Lab at MIT. This radiometer is designed to measure light throughout the ocean’s mesopelagic twilight zone, a region extending from depths of 200 to 1,000 meters, home to the largest daily migration of life on the planet. Measurement of ambient light levels, which decrease 100 million fold from the top of the twilight zone to the bottom, are necessary to test the hypothesis that many species move to maintain their position within a narrow light comfort zone (e.g. to track food sources or avoid predation). Other light signals of interest, such as spectral features that indicate the presence and activity of specific species of fish (e.g. counter-illumination that provides active camouflage from predators), and bioluminescent signaling events lasting a fraction of a millisecond, will provide a window for rich observations of an ecosystem of increasing interest for marine biologists, climate scientists, and the fishing industry.

Our radiometer, deployed once previously as part of a large ROV sensor package, featured for this deployment new sensor interface electronics to increase the sensitivity range and reliability of light measurements, and new electronics, energy storage, and software to enable autonomous data collection. Autonomous deployment from a zodiac necessitated a new method of rigging the radiometer to a casting line, which we developed with the help of James Hyde, our collaborator on-ship, who was instrumental in all stages of our successful deployment. On our first full day aboard the Venture, we tested the rigging strategy on an empty pressure housing with a short cast to 20 meters. Deploying from a ship of opportunity such as this one also required us to develop new procedures for on-ship electronics testing, mechanical assembly, and modification, using only the toolkit with which we traveled (and a Dremel helpfully provided by the crew); this work consumed our second day on ship. On our final day, we deployed the operational radiometer about a mile offshore from Catalina Island to a depth of 50 meters for half an hour at dusk, recovering the instrument and all of its data without incident. We are still in the process of analyzing the data, and are optimistic that the position and time of the measurements will provide a good range of light levels for evaluating the radiometer’s performance.

The importance of readying the radiometer for deployments from ships of opportunity, with data and energy storage for autonomous data collection, must be emphasized. Not only does an ROV provide a source of interference for sensitive light measurements - both from on-board lights, and propulsion systems that mechanically induce bioluminescence from nearby plankton - but large ROV deployments are expensive, and relatively rare. The light of the twilight zone varies with location, season, moon phase, and water clarity, and so to properly map this region, our radiometer must be deployed more often and in more places than ROVs can venture. The LEX cruise, with the gracious help of all her staff and crew, was an ideal environment for the first autonomous deployment of our radiometer. 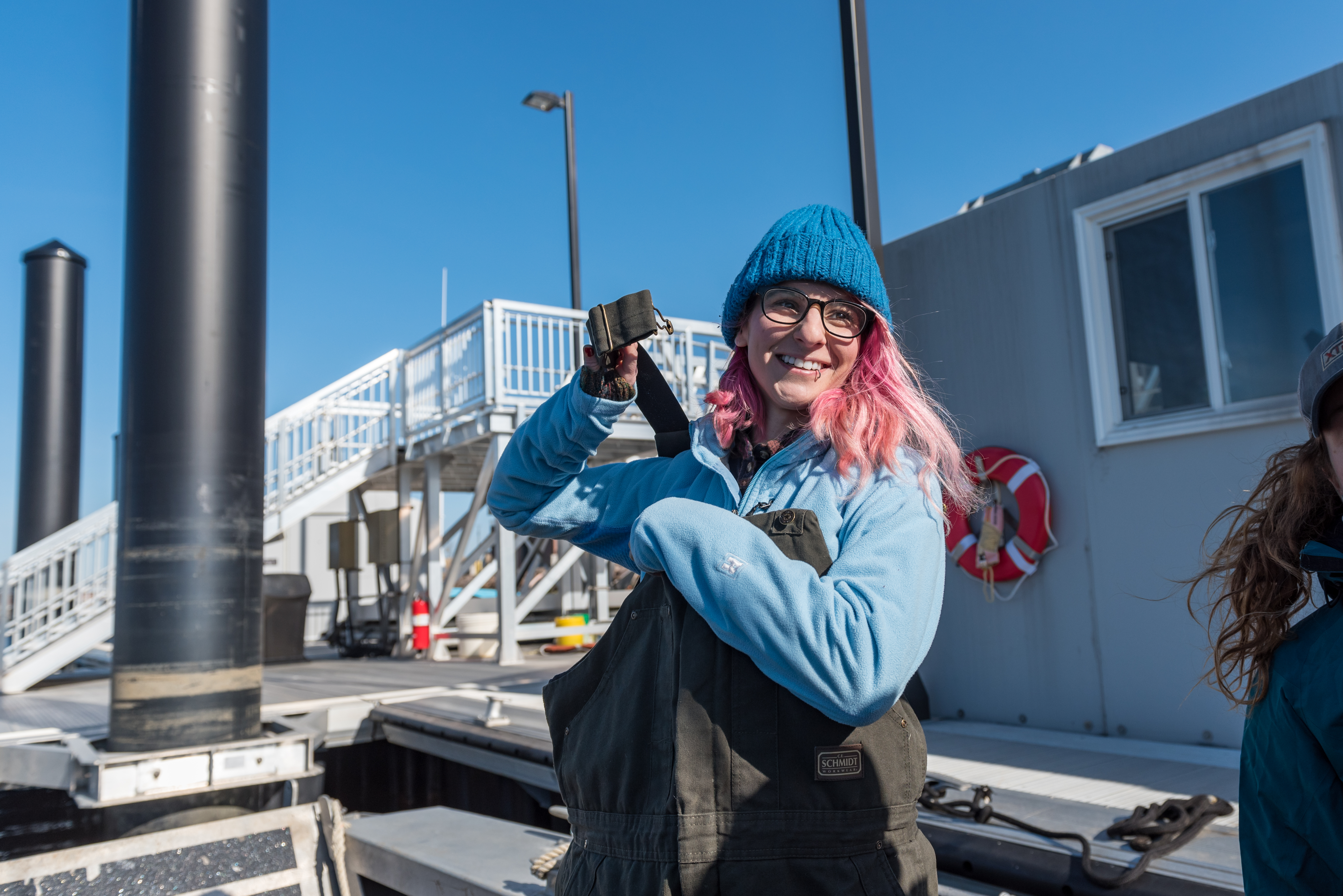