Inviting visitors on a journey into the dynamic world of ocean microbes through an immersive, multisensory experience around cutting-edge scientific discoveries. 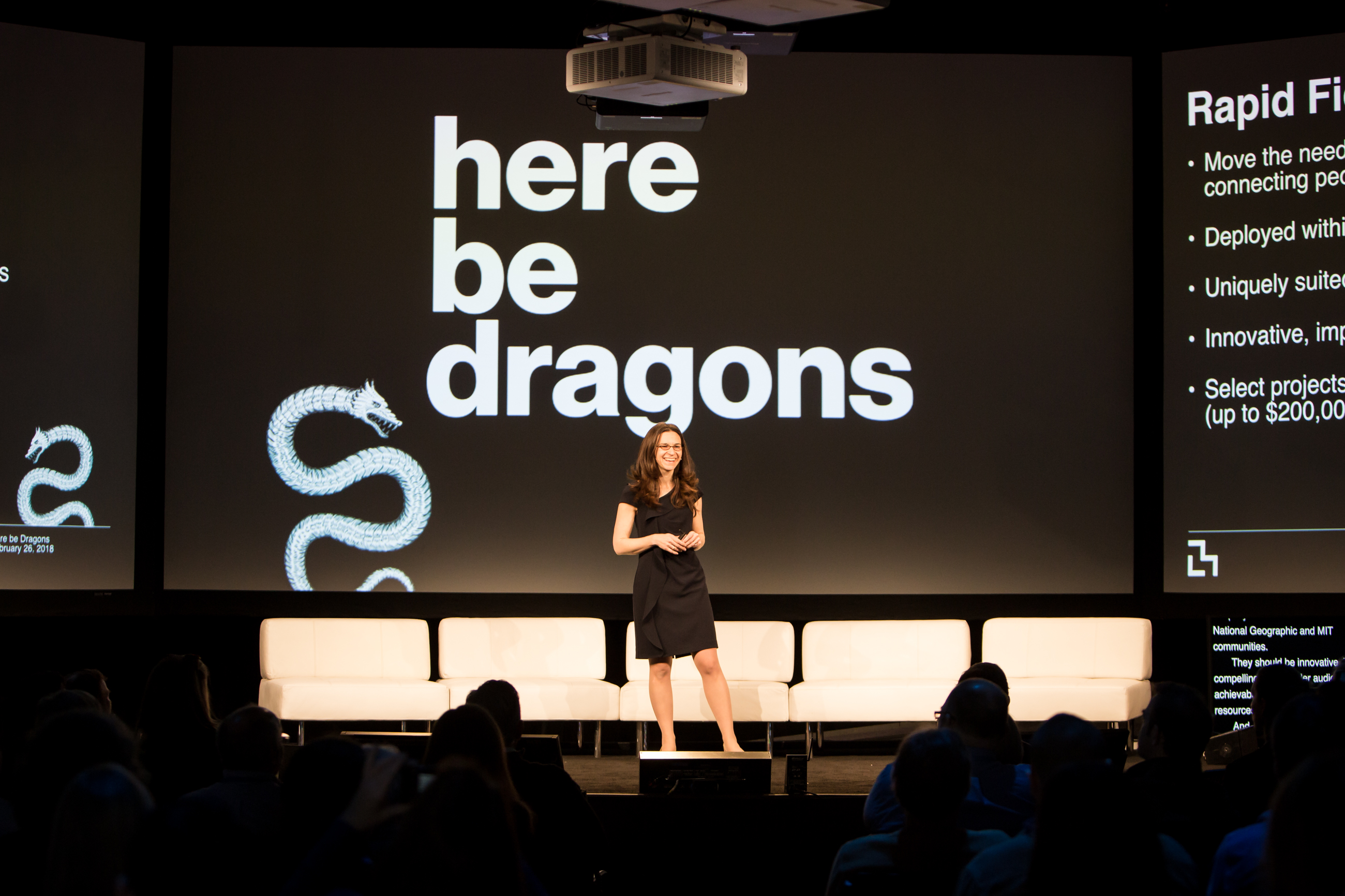 Microbes are the foundation upon which life on Earth depends: they set the boundaries of habitability for all plants and animals and create half of the oxygen we breathe. Ocean-dwelling microbes regulate the global climate and could hold the secrets to the origin of life. Put simply, we wouldn’t be here without microbes, yet most people don't realize how pervasive and important they are.

The Micronauts project sought to overcome this concerning knowledge gap by building an emotional bridge. Microscopic creatures are, by definition, hidden from view, and the challenge of seeing them and perceiving their importance prevents emotional involvement and investment. This is a major problem, as a failure to understand and connect with this hidden operating system of our planet leaves us unlikely to protect it and vulnerable to its collapse. Our sustainable use of food, power, and material resources, as well as the maintenance of thriving ecosystems, depends, in many ways, on building a deeper appreciation for microbial communities.

To achieve our goal of building an emotional connection between visitors and the microorganisms that sustain our planet, we created an immersive experience around cutting-edge scientific discoveries, inviting visitors – “Micronauts” – on a journey into the dynamic world of ocean microbes. The exhibit, which was deployed at the MIT Media Lab for the All Hands On Deck meeting, consisted of four primary elements. Relevant materials are appended to this report.

The centerpiece of the exhibit was a 3m x 6m floor space illuminated from above by two overlapping, co-registered projectors, which allowed for the compensation of visitors’ shadows. A background image from a scanning electron micrograph of a grain of sand was projected. As visitors walked onto the projection, a thermal camera captured their location and sent that information to a computerized program. This program used ecologically relevant metabolic reactions and feedback processes to simulate members of the microbial community at Sippewissett marsh on Cape Cod, Massachusetts. A visitor’s location was modeled as a source of sunlight, prompting phototrophic microbes to grow and, later, predator organisms to bloom in response. Both organisms died off at a set rate as the “sunlight” moved away, to ensure a dynamic range of the microbial population within the projected area. This immersive projection offered visitors a dynamic view of the microbial world through an interactive lens.

To one side of the projection, an electron microscopy gallery showcased high-quality prints of some of Sippewissett’s microbial denizens. These images were collected during several sessions on Harvard University’s scanning electron microscopes (SEM). The textures, patterns, and surroundings of individual organisms imbued them with a sense of personality, and the portrait-style composition and presentation offered a grandeur rarely conferred upon microorganisms. On the floor of the SEM gallery were three large, colorized images, adding a more artistic, psychedelic glimpse into the marsh’s mysterious inhabitants.

Two informational posters bookended the exhibit. At the “entrance” near the SEM gallery, one poster evocatively contextualized the Sippewissett marsh and welcomed visitors into the microbial world, previewing the microbial interaction featured in the projection. At the other end of the exhibit, a more detailed poster explained the “guts” of the projection experience. The symbiotic metabolisms and the growth model were highlighted: the photosynthetic C​hromatiaceae​ gains energy from light and provides sugars to Achromatium​, which generates inorganic carbon to help sustain its phototrophic partner. This symbiosis was placed into context of marine microbiology and the essential services that microbial communities provide.

Four large-format paintings encapsulated the exhibit, offering an impressionistic sense of what field work at Sippewissett feels like. In contrast to the more clinical SEM portraits, these paintings offered a more familiar entry point to the exhibit, featuring organic shapes and colors.

To the best of our knowledge, the Micronauts journey was the first production of its kind, using innovative techniques and rigorous science to link the intellectual profundity of the microbial world with the emotional resonance of an embodied, interactive experience. Key achievements include the following:

Building the Micronauts exhibit was challenging; obstacles can be summarized as follows:

Given the work that went into Micronauts and the new discoveries and artistic works it enabled, we are excited to pursue future, related projects. The seed funding provided through ​Here Be Dragons​ has made this possible. Specifically, we are exploring the following opportunities:

Teamwork was essential in bringing Micronauts to fruition. Despite the challenges noted above, all team members graciously and enthusiastically donated their time and expertise while negotiating a number of competing priorities. Contributions are highlighted below:

On behalf of the group, we would all like to thank the MIT Media Lab Open Oceans Initiative and National Geographic Society for this award. It was just the kind of free thinking interdisciplinary art, science and technology project that sparks new ideas and creative expression around the appreciation and conservation of the ocean. Micronauts was funded by the National Geographic Society. 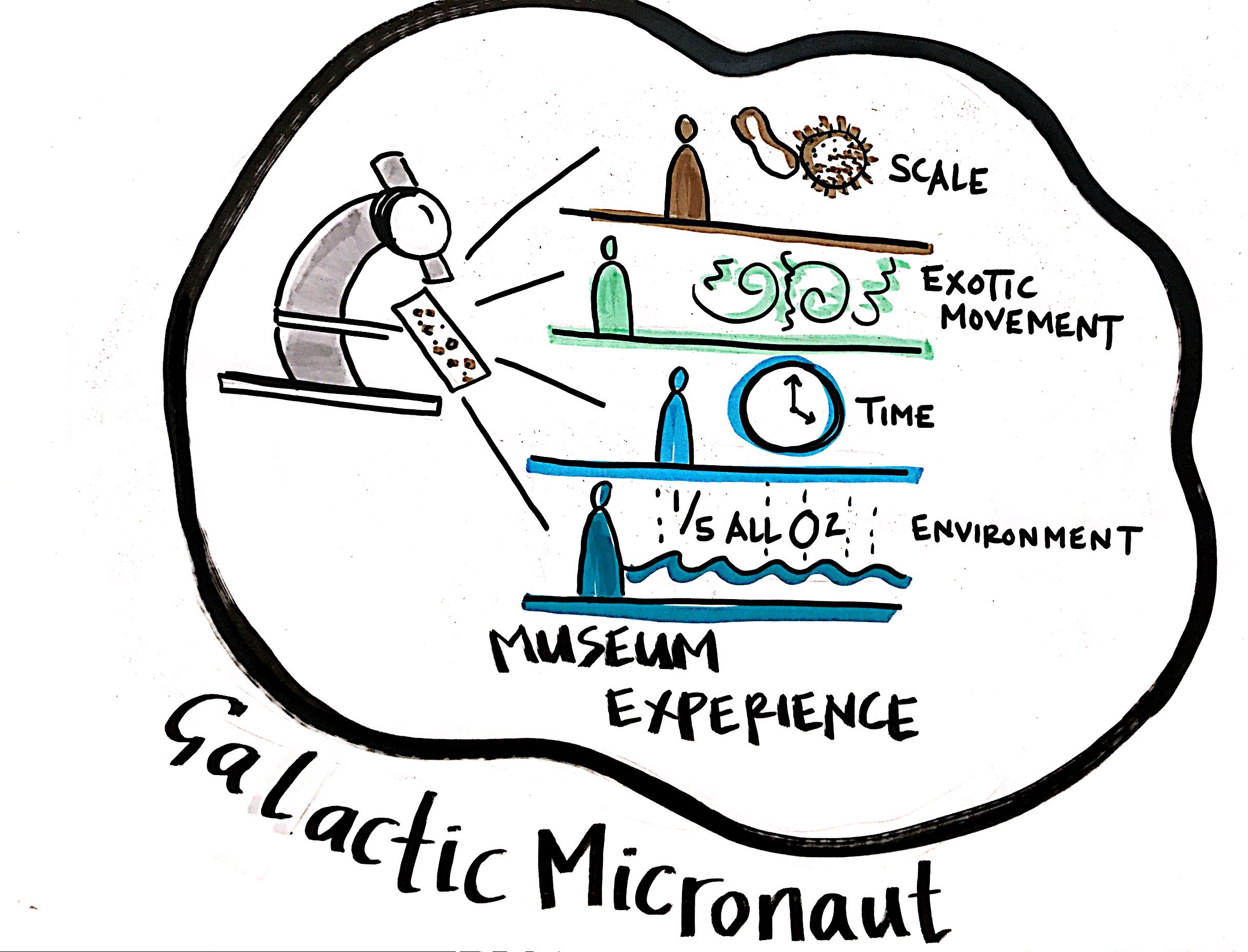